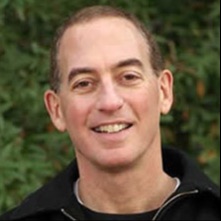 Jim specializes in coaching the entertainment industry including producers, directors, writers and performers where he combines his coaching skills with his experience as a television packaging agent. Within the industry, he has lead career coaching workshops since 2004 for the Producers Guild of American, the Writers Guild of America, the National Academy of Television Arts & Sciences, New York Women in Film and Television, New York City Coalition of Professional Women in Arts & Media, Women in Children’s Media, New York Women in Communications and American Women in Radio and Television.

On the corporate side, Jim has facilitated career coaching workshops for HBO, Viacom and MTV Networks.

He packaged “I FILE” series for first-run syndication and “AMC In Concert At the Rainbow Room” Series /American Movie Classics. He expanded his representation to include animation studios and has packaged “Talking About Sex”/Buzzco Associates, a one-half hour special for Planned Parenthood; “Wake Up America”/Broadway Video/Peter Wallach, a primetime pilot for Fox Network; “Monroe”/The Ink Tank, primetime series development project for FX; “American Girl Magazine”/Buzzco Associates, series development; “Knitwits”/Buzzco Associates/Oxygen; and “The Unpettables”/Curious Pictures for Fox.

Jim’s most recent packages include “Nature’s Nightmares”/Mechanism Digital primetime series currently in development with The Discovery Channel; “Back Spin”, a one hour series for Bravo featuring major motion picture actors; “I, Spy” series of 13 ½ hour stop motion episodes produced by The Ink Tank for Scholastic Entertainment/HBO; 12 animated segments produced by B3 Pictures for “Sesame Street”; “Ghetto Simms”, an animated film for “Chappelle’s Show”/Comedy Central; and “Will Play Extra” pilot/Lovett Productions/IFC.

In 2006, Jim started packaging original series for the web including over 100 comedy webseries for heavy.com and a pilot for Comedy Central’s Motherload. The comedy series for heavy.com include “Burly Sports Comedy Show”, “Smarttec with Ron Jeremy”, “Workout from da Pen” and “From Ashy to Classy” with Donnell Rawlings from “Chappelle’s Show”.

Jim is a faculty member of the School of Visual Arts and teaches “Animation: The Real World” (everything you need to know about animation except how to animate) to senior animation students.

Jim leads workshops, including personal branding, networking, pitching and the art of the deal, for the Producers Guild of America, HBO, National Academy of Television Arts and Sciences, New York Women in Film and Television, The Actors Connection, Women in Children’s Media, American Women in Radio and Television, Writers Guild of America, New York Women in Communication, New York Coalition of Professional Women in Arts & Media, Viacom and MTV Networks. He has been a featured speaker on the business and packaging of animation at NYU, Pratt, ASIFA and Women In Animation.